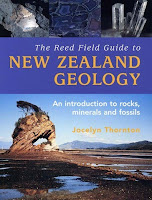 The first field guide written for the general public and beginners in geology in New Zealand.

Fully revised and updated, it shows something of the tremendous variety of our rocks, minerals and fossils. It describes what to look for in many areas where rock formations are prominent. It covers the history of New Zealand from its beginnings on the sea floor some 600 million years ago, to its present patchwork landscape of volcanoes, ranges and plains.

This land was formed from many different layers of rock - volcanic flows, forest debris, ocean mud. All these have special characteristics, which are explained and illustrated to enable readers to find the layers and understand their origins and what they can tell us about the landscapes of the past. The crystals that grew in the rocks and the remains of living creatures that were preserved are also illustrated and described.

Written in simplified terms, it includes an introductory chapter on general geology, a geological time chart and quick reference maps of the North Island and the South Island for travellers.

The Club has a collection of books on our hobby, in the clubrooms, which are available for members to borrow.

Most Clubs (including ours), produce a monthly magazine or newsletter which is circulated to financial members & to other Clubs which ensures a wide distribution of useful information. Other Club magazines are available for circulation around our members on request. 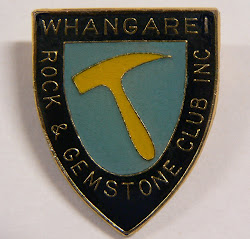